School of Integrative Physiology and Athletic Training
You are here: 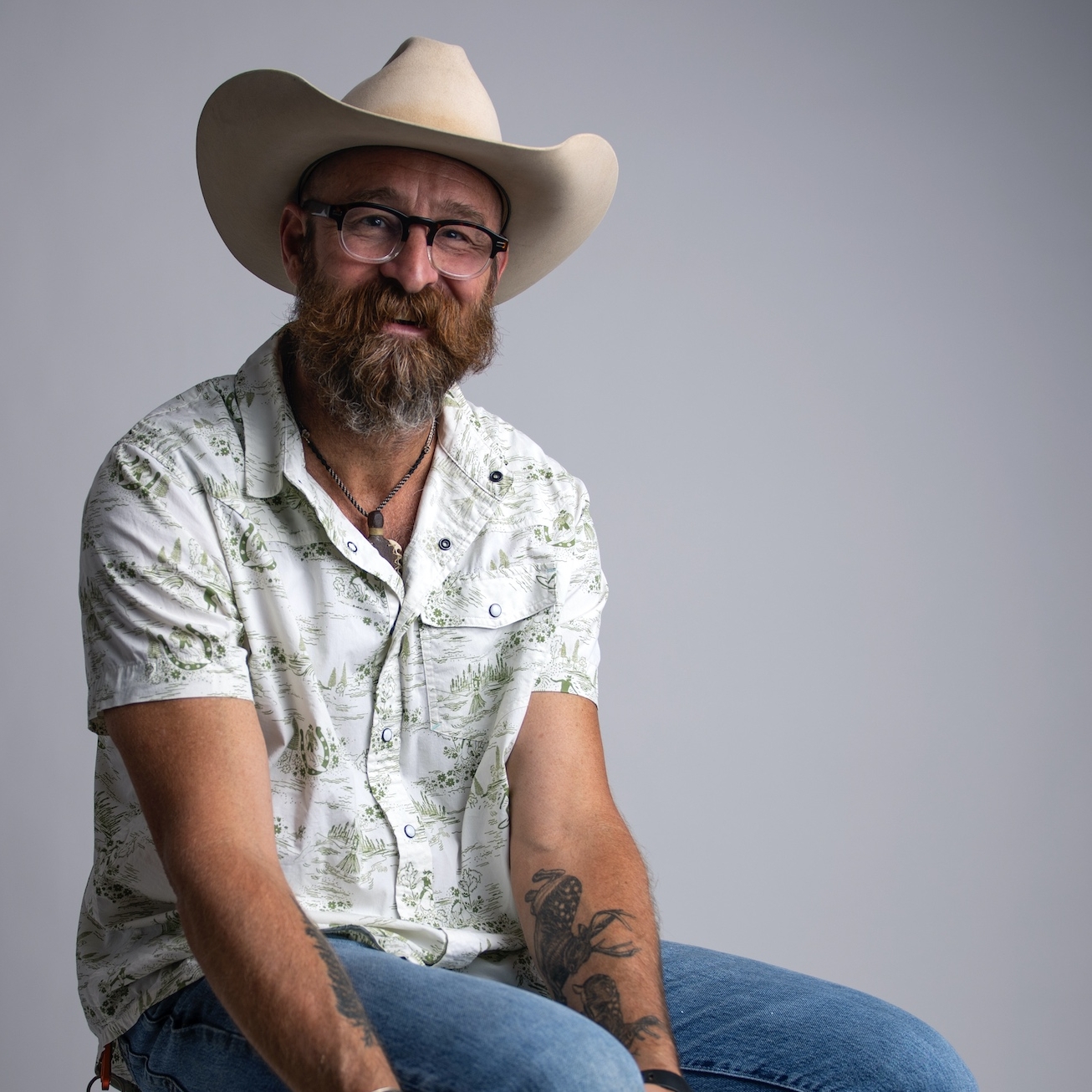 I obtained my Ph.D. in exercise science from the University of New Mexico in 1994 where my research focus was with the use of stable isotope tracers and the measurement of hepatic glucose production during exercise in amenorrheic females.  This opportunity through the clinical research center at New Mexico enabled me to develop unique techniques and research questions that I brought with me to Montana.

I began my professional career and accepted a position as an assistant professor with the University of Montana where I served as the director of the Human Performance Laboratory from 1994-2007.  I now serve as the Director of the Montana Center for Work Physiology and Exercise Metabolism (Montana WPEM), a designated, Regents approved research center on the University campus.

Since my time at Montana but especially since I started the center, my research interests have included nutritional strategies during ultra-endurance work/competition, muscle metabolism during and after exercise, the use of stable isotope tracers for the measure of water turnover and energy expenditure, and issues surrounding heat stress during arduous work.

Our research facility (Montana WPEM) is well equipped and dedicated to the unique study of arduous work physiology and the metabolic demands placed on the skeletal muscle as it interacts with changing environments.  Over the last several years, my research has been widely recognized by several agencies within DOD.  I have had an excellent collaboration with the US Army Research Institute for Environmental Medicine (USARIEM).  However, I have also worked closely with the Air Force Research Laboratories, the Office of Naval Research, US Special Operations Command, US Army Medical Research and Materiel Command, and DARPA.

The focus of these projects have ranged from understanding the skeletal muscle interaction with environmental stress during exercise and recovery, the implications of high-altitude operations, heat stress injury risk profiling and reduction and understanding the limits of human work during ultra-endurance events.  However, I have worked most closely with the US Forest Service and the world of the wildland firefighter.  This is the research model and study population that I am most proud of because it has required the development of an extensive level of trust and communication.  I have been chasing fire crews and collaborating with the world of wildland fire for the last 25 years.

My most recent work with and for the wildland fire community was the publication of a children’s book entitled, “Wrango and Banjo: On the Fireline.”  This book shares the story of a unique fire crew that tangles with wildfires in Glacier National Park and near Missoula on Mt. Jumbo.  The book (and coloring book) are avenues to extend the communication between wildland firefighters and their children as a way to share stories while discussing the demands of the job.

For my research publications, you can check out my google scholar profile.

Here are a few videos and podcasts to provide you with some ideas of my work, research approach and overall philosophy.

Grizzlies in the Wild. This video was produced by the University of Montana and showcases my approach to research strategies.  The videography is exceptional while taking you on a tour of Missoula with me in my 1971 VW bus and on my hollow wood stand up paddle board.

Cowboy Science.  A New Angle, a podcast with UM Marketing Professor, Justin Angle.  Dr. Brent Ruby is one of Missoula's most colorful characters. Not only is Brent a world-class scientist and Director of UM's Center for Work Physiology and Exercise Metabolism, but he's also the author of a wonderful new children's book. "Wrango & Banjo: On the Fireline" is a heartwarming tale of Brent's two dogs and their adventures leading a wildland fire crew.

The Human Ceiling of Energy Expenditure.  Sigma Nutrition Podcast hosted by Danny Lennon.  This podcast showcases some of our research with wildland fire crews and ultra-endurance athletes.  We also discuss the limitations of laboratory research models and the pros and pitfalls of research in hostile field settings.

Wildland Fire Related Podcasts. These are a series of podcasts that are part of, On The Line: A Podcast for Wildland Firefighters.  These podcasts were made possible in part through support from the U. S. Forest Service and the University of Montana.

Hydration Issues.  Dr. Chuck Dumke and Dr. Brent Ruby from the University of Montana re-join the podcast to discuss this vital component of performance. Hydration plays an important role in firefighter safety, and yet at times its significance has been over-emphasized. “Hydration is not a rescue from heat related injuries. It’s an important component to avoid hypo-hydration, but hydration isn’t going to rescue you from other bad decisions,” says Dumke. Optimal intake amounts are debated, Camelbaks vs. canteens are discussed, and the role of sports drinks in comparison to water consumption are also explored.

Tactical Nutrition.  Firefighters can expend upwards of 6200 calories per day during rigorous operations. Therefore, what they eat, when they eat, and how much they eat become extremely important factors that must be taken in to consideration by not only the firefighters themselves but also fire managers. Dr. Brent Ruby, director of the Montana Center for Work Physiology and Exercise Metabolism and professor in UM’s Health and Human Performance Department, joins the podcast to discuss this critically important topic. This podcast, the first in a two part series on nutrition, focuses primarily upon the food demands faced by firefighters while they are operational. The second part of the series, which will air in Season Two of “On the Line”, will concentrate on the role of nutrition in recovery.

Nutrition 2.0.  Eating the proper foods at the appropriate time is an essential component of recovery, especially for tactical athletes like wildland firefighters. Dr. Brent Ruby from the University of Montana’s Center for Work Physiology and Exercise Metabolism re-joins the podcast for a follow up to his season one pod on nutrition, this one focusing upon post-shift nutrition.

Sack Lunches.  19th Century American bars would often times offer a “free lunch” as an attempt to entice drinking customers in to their establishments. The catch was that patrons usually had to purchase at least one drink, and often times the foods served were high in salt content, thus leading to more thirst and higher beer sales. In response, economists of the era created the acronym TANSTAAFL: there ain’t no such thing as a free lunch. Wildland fire has its own version of the free lunch. You just have to be willing to work extremely long shifts, in difficult and at times dangerous conditions in order to get it. Frequent “On The Line” contributor Dr. Brent Ruby re-joins the podcast along with its host Charlie Palmer, as does current registered dietician/former hotshot and smokejumper Wanda King, to talk about the firefighter sack lunch, what’s in it, what it attempts to do, and proposed changes to the contract. Let’s strap on the feedbag!

Heat Related Injuries.  In this debut podcast of “On the Line”, moderator Charlie Palmer, along with University of Montana professors Dr. Chuck Dumke and Dr. Brent Ruby discuss heat related illnesses/injuries (HRI’s) for wildland firefighters. HRI’s fall along a continuum of severity, with heat cramps being the mildest form, through heat exhaustion, and lastly heat stroke, the most severe, life-threatening type of HRI. What can the science tell us about HRI, and why firefighters are at risk for heat related illnesses, along with applied strategies on how to reduce the risk of HRI’s are discussed.

Maclean.  Maclean. The name is synonymous with many things: great writing, fishing, and fire to name just a few. On this, the tenth and final episode of season one, author John Maclean joins the podcast, along with University of Montana researcher Brent Ruby and host Charlie Palmer to discuss South Canyon, the history of hotshots, and John’s current book project on the Yarnell Hill fire that killed nineteen Granite Mountain Hotshots.

Seasonal Alterations.  Never before have wildland firefighters been assessed for physiological changes over the course of an entire fire season. Until now. Dr. Trey Coker from the University of Alaska Fairbanks teamed up with our own Dr. Brent Ruby to investigate seasonal alterations in a group of firefighters, and their surprising results have led to more questions than answers. Coker and Ruby join the podcast to discuss their research, it’s counter-intuitive findings, and possible directions for future investigations.

Sharkey.  As a wildland firefighter, if you don’t recognize the name Brian Sharkey, you probably should. The author of twelve books, developer of the pack test and work to rest guidelines, and some of the earliest examinations of woodsmoke exposure around, you name the topic and Sharkey probably studied it during his four and a half decades of firefighter research at the University of Montana and with the Forest Service. Professor Emeritus Sharkey joins the podcast, along with his one time mentee, Dr. Brent Ruby, to discuss a wide range of fascinating topics.

Rhabdo.  According to the National Institute for Occupational Safety and Health, Rhabdomyolysis, or rhabdo, is “a medical condition associated with heat stress and prolonged physical exertion, resulting in rapid breakdown, rupture, and death of muscle. When muscle tissue dies, electrolytes and large proteins are released into the bloodstream that can cause irregular heart rhythms and seizures, and damage the kidneys.” From 2008-2016, 26 cases of rhabdo were reported in wildland firefighters. University of Montana researchers Dr. Chuck Dumke and Dr. Brent Ruby, along with moderator Charlie Palmer, discuss rhabdo, why is the wildland firefighter at risk, and ways to reduce the risks.

Pack Test.  The Work Capacity Test, otherwise known as the pack test, has been in use for nearly 25 years. Designed as a measure of muscular strength and aerobic capacity, the arduous version of the test entails hiking three miles on even terrain while carrying 45 pounds in 45 minutes or less. Drs. Brent Ruby and Matt Bundle join host Charlie Palmer to discuss the science behind the pack test, misconceptions surrounding it, and strategies on how to train more effectively for load carriage.