School of Public and Community Health Sciences
You are here: 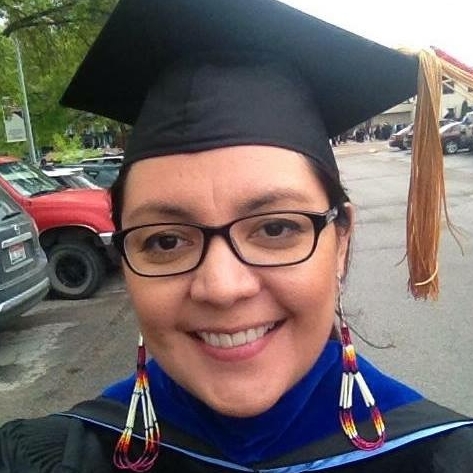 Dr. Belcourt (Otter Woman) is an American Indian Assistant Professor in the College of Health Professions and Biomedical Sciences at the University of Montanaâ€™s Pharmacy Practice and School of Public and Community Health Sciences Departments (enrolled tribal member of the Three Affiliated Tribes: affiliation Blackfeet, Chippewa, Mandan & Hidatsa). Raised on the Blackfeet reservation, she is an alumnus of Browning High School and the University of Montana. Her doctorate is in clinical psychology. Research and clinical priorities include mental health disparities, environmenal health,Â trauma, posttraumatic stress reactions, risk, resiliency, psychiatric disorder, and public health intervention within the cultural context of American Indian communities. Dr. Belcourt has conducted grant-funded collaborative research projects with Native communities at UM and during work at the University of Colorado Denverâ€™s Centers for American Indian and Alaska Native Health. Publications have appeared in the American Journal of Public Health, Psychological Bulletin, American Psychologist, Educational and Psychological Measurement, and Transcultural Psychiatry.

The main goals of this project were the successful completion of data collection, analysis, as well as dissertation manuscript preparation and defense. This project involved the cross-sectional quantitative exploratory analysis of sociocultural factors hypothesized to be associated with resiliency to stressors and trauma within an American Indian community. Spirituality, enculturation, ethnic pride, adversarial or stress-related growth, emotional status, hope, social/communal support, as well as quality of life were variables of interest in this study.

This project sought to increase both the extent of as well as subsequent capacity for health disparities research undertaken by American Indian investigators.

Goals of these secondary data analyses were to extend our empirical understanding of the impact of exposure to traumatic events within two American Indian (AI) reservation communities. The study examined how sociocultural resources related to exposure to trauma, psychiatric disorder, and general psychological outcome variables such as life satisfaction and quality of life.

Diversity Supplement to Sociocultural validity in the context of DSM comorbidity

Goals of the RO1 are to (1) develop and refine a framework for the investigation of sociocultural factors in the diagnostic process by understanding the patterns of comorbidity among major depression, posttraumatic stress disorder, and alcohol use disorder within the American Indian Service Utilization and Psychiatric Epidemiology Risk and Protective Factor Project lay interview; (2) complete in-depth analyses of those cases for which lay, clinical, and ethnographic data were collected in order to develop models of sociocultural factors in the lay and clinical interview diagnostic process; (3) use the lay interviews and clinical reappraisals to investigate how methodological factors inform our understandings of diagnostic processes; and (4) test the sociocultural models developed during the in-depth analyses, simultaneously accounting for methodological factors, for understanding the differing perspectives of the lay interviews and clinical reappraisals of diagnosis in the context of comorbidity.

Diversity supplement specifically pertains to examining the role of trauma within the AI-SUPERPFP lay, clinical, and ethnographic interviews, respectively. As such, both qualitative and quantitative training and experience are entailed within this work.

Assessing the usefullness of digital storytelling aimed at increasing protective resiliency factors among Native youth and families. The project establishes a collaborative relationship between the Montana Wyoming Tribal Leaders Council’s Planting Seeds of Hope Suicide Prevention programs. The project was designed to examine relationships between psychological, social, cultural and basic demographic factors to emotional well-being within an American Indian tribal sample and assess the effectiveness of digital storytelling within this population. The goal is to develop new ways of advancing suicide prevention and mental health among Native youth.

Community Engagement to Promote Mental Health in Indian Country: A pilot project to assess a collaborative model for mental health screening, referral and education within the context of health fairs in tribal communities in Montana

The University of Montana Social and Behavioral Science Proposal Development

Develop an extramural funding proposal to examine risk and protective factors associated with suicide within Native American communities. Collaborate with other junior faculty members at The University of Montana interested in conducting social and behavioral science.

“Going Pink on the Red Road”

Assisted in both writing and obtaining community support for NACOE grant application with UM and tribal partners. The NACOE provides support for enhanced recruitment, research, support, and development for Native American students pursuing degrees in pharmacy. Dr. Belcourt will be involved in the research development components, recruitment, support, and as an American Indian faculty mentor.

The goal of this project is to test community-based exposure reduction strategies in tribal households using wood stoves for heating and the corresponding impact on respiratory function among elderly residents.

IHART Speaker at the National Conference on AIDS Research